Prove that \(p\) is a homeomorphism.

Since both spaces are path-connected, the degree o the covering map \(\pi\) is precisely the index of the included fundamental group. This forces \(\pi\) to be a degree 1 covering and hence a homeomorphism.

Identify five mutually non-homeomorphic connected spaces \(X\) for which there is a covering map \(p:X\to K\) where \(K\) is the Klein bottle. Give an example of the covering in each case.

The term “normal” is sometimes used as a synonym for regular in this context.

What is the group of deck transformations?

Give an example of a nontrivial element of \(\pi_1 (S, \ast)\) which lifts to a trivial deck transformation.

Find all three-fold covers of the wedge of two copies of \({\mathbb{RP}}^2\) . Justify your answer.

And so all possibilities for regular covering spaces are given by

To get a threefold cover, we want the basepoint to lift to three preimages, so we can take

Describe, as explicitly as you can, two different (non-homeomorphic) connected two-sheeted covering spaces of \({\mathbb{RP}}^2 \lor {\mathbb{RP}}^3\), and prove that they are not homeomorphic. 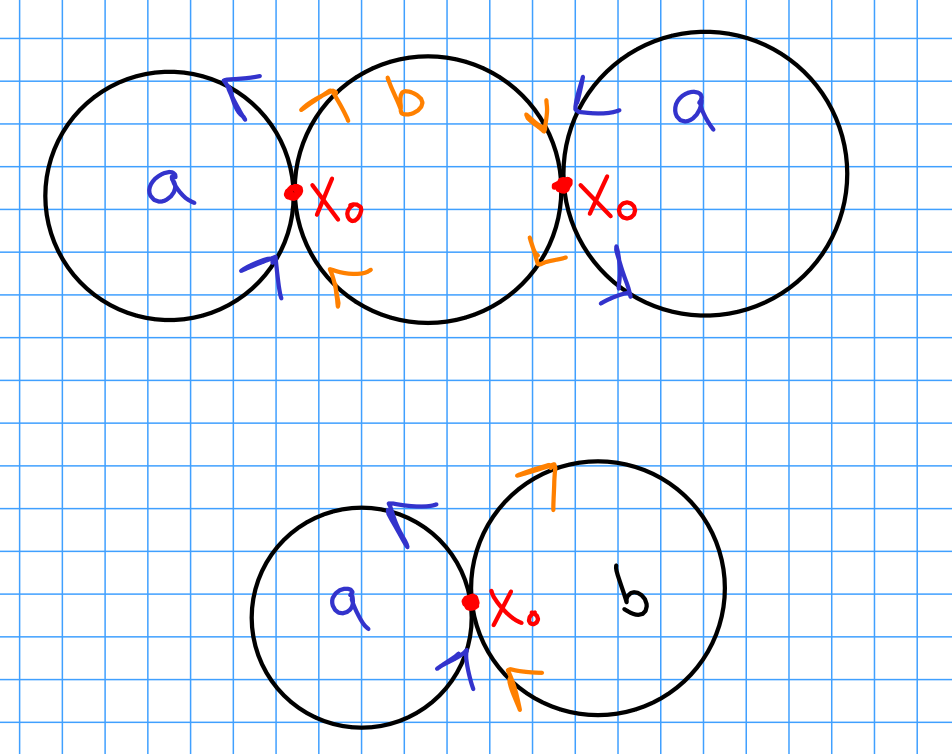